The Biggest Lessons from the Great Fire of London

Having been around for at least 2,000 years, the city of London clearly has a lot of defining moments. The Great Fire is one of them. While it gutted a huge part of the UK’s capital, it also led to several positive changes later.

However, to understand why these changes had to be made, let’s look back on one of the city’s greatest tragedies.

Around the 1600s, London was teeming with people and commerce. By the 1660s, the city was one of the prominent and important trade routes in Europe. It isn’t surprising then that it eventually became one of the victims of the Black Plague, which killed about 65,000 people.

By the following year, 1666, everyone hoped for the best. It turns out that wasn’t in the cards. On 2 September, a little over after the clock struck midnight, a fire broke out at a bakery in Pudding Lane.

Now, at this period, fires weren’t uncommon in London. In fact, this might be something you could expect considering the layout of the city.

Not only were the streets narrow and the houses close to one another, but also, the materials used in buildings and homes weren’t exactly fire retardant. Timber accounted for the structure, while thatched roofs were a popular fixture.

Thus, when someone informed the mayor about the bakery fire, he first ignored it. But then, many factors caused it to eventually last for over three days:

On 5 September, the fire seemed to have its fill, so the next day, the people got it under control. But it left devastation in its wake: although fewer than 10 died, it burned down over 70,000 homes and many iconic structures like St. Paul’s Cathedral. It gutted about a third of the city.

Fortunately, for London, it learned the hard lessons the Great Fire brought. Because of this, the following changes occurred in the city: 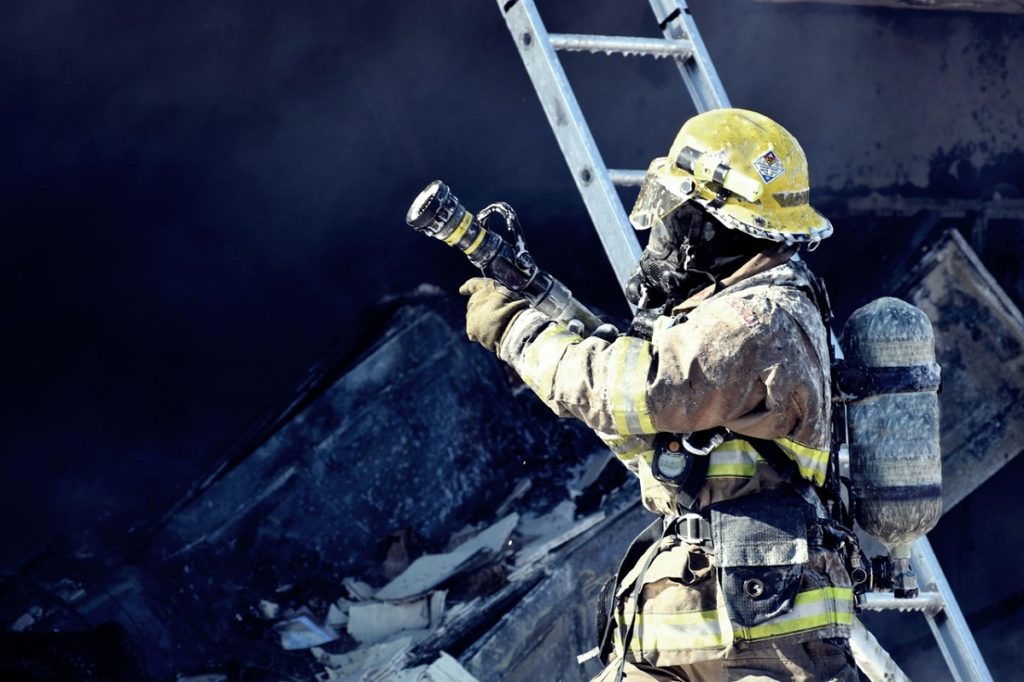 Today, the city makes it mandatory for select professionals to participate in on-site and online fire training courses. These people include hospital and social workers, but these courses are open for anyone who likes to keep their properties and lives safe.

The Great Fire also gave birth to fire insurance. A year after the crisis, Nicholas Barbon, an economist and financial speculator, launched the first fire insurance business, which he aptly called the Fire Office.

Besides extending insurance policies to its clients looking to rebuild their houses and enterprises, the company also set up a fire brigade, training watermen in the Thames as firefighters.

In a way, Nicholas helped create the first standard fire department in the city. Eventually, the city formed the Metropolitan Fire Brigade, which has been around for over 150 years.

2. London Structures Were Never the Same

The following year after the Great Fire, London passed a law called the Rebuilding Act. One of its major instructions was to rebuild properties using bricks and stones this time.

This way, they will be more “fireproof.” Because these materials were more expensive than what they used before, the city redirected the taxes they collected from imported coal for the reconstruction.

To avoid overcrowding the streets and alleys, the act also limited the number of houses per area. Moreover, these properties also had a maximum number of storeys.

The law didn’t stop there, however. It also imposed stiffer penalties on those who violated the regulations. Moreover, it reformed guilds, who needed to help in the rebuilding of the city.

London lost a lot from the Great Fire. Besides people and property, a part of its ancient history went to dust within those days. But with the tragedy came lessons that made the city much safer for everyone.